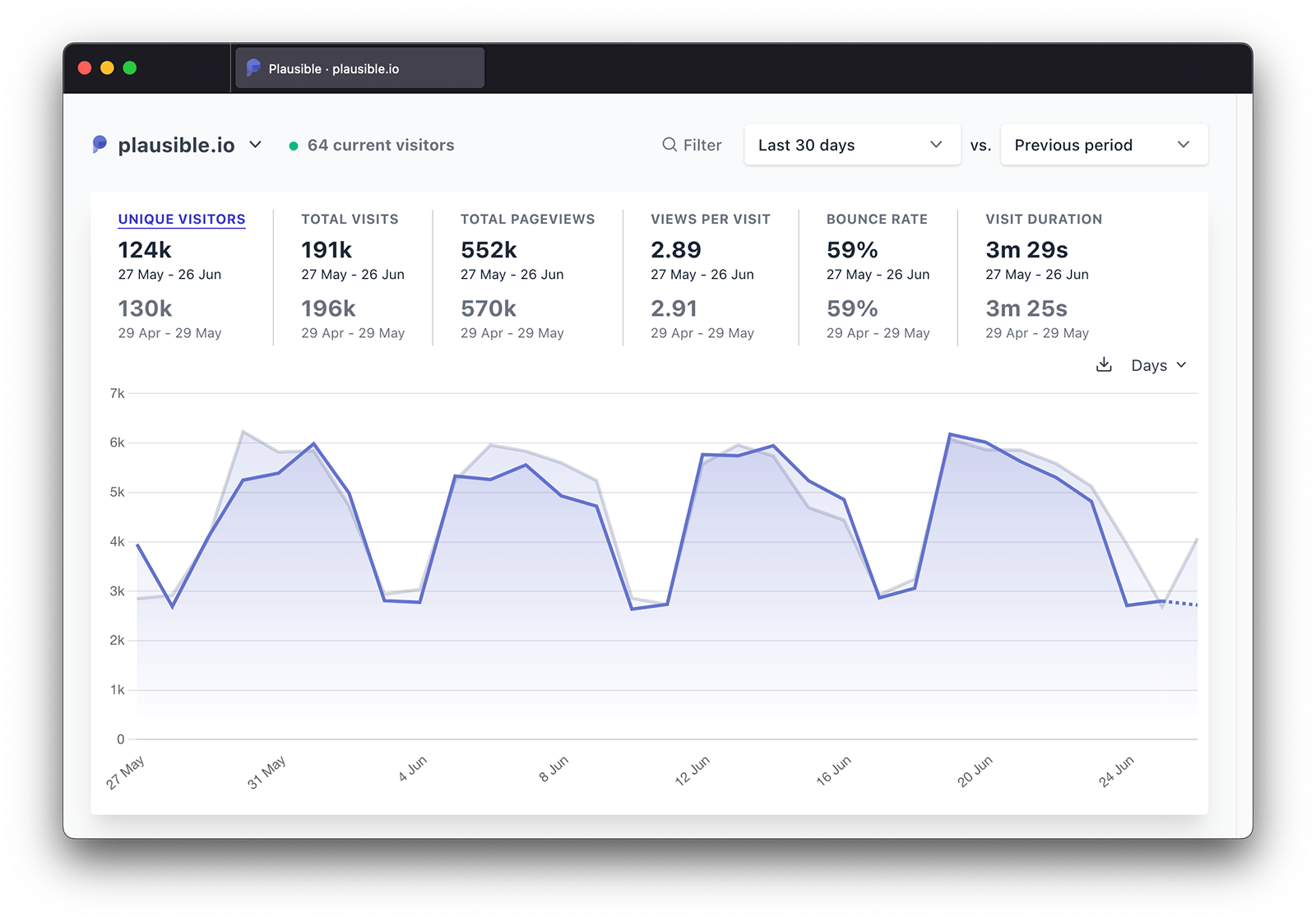 Plausible Analytics is incorporated, built and hosted in the EU with all visitor data exclusively processed on servers and cloud infrastructure owned and operated by European providers. If Google Analytics no longer allows you to fulfill the legal requirements that apply to you, do check us out.

The Austrian Data Protection Authority has decided that the use of Google Analytics violates the GDPR as it is “subject to surveillance by U.S. intelligence services and can be ordered to disclose data of European citizens to them”.

This is because the CLOUD Act allows US authorities to demand personal data from Google, Facebook, Amazon and other US providers, even when they’re operating (or hosting that data) in another jurisdiction.

This is the first DPA decision regarding EEA-US data transfers and it’s an exciting development for European privacy-first providers such as Plausible Analytics. According to Max Schrems and the Noyb team, this decision is relevant for almost all European websites.

Most websites use Google Analytics, Facebook Connect and/or other US-owned cloud services. There were similar recent cases concerning the use of Stripe and the use of Cookiebot / Akamai.

Noyb has filed 101 complaints throughout Europe concerning sites using Google Analytics and Facebook Connect. Similar decisions are now expected to drop in Germany, the Netherlands and other EU member states. You can read a more detailed legal analysis here.

Update February 10th 2022: The French Data Protection Authority CNIL has now ruled the same as the Austrian DPA. The EU-US data transfer to Google Analytics is illegal. CNIL has ordered the French websites to comply with the GDPR. More details here.

Update June 23rd 2022: Italian Data Protection Authority Garante has now agreed with Austrian and French DPAs: “The Italian SA wishes to draw the attention of all the Italian website operators, both public and private, to the unlawfulness of the data transfers to the USA as resulting from the use of GA”. Garante has ordered Italian websites to comply with the GDPR. Details here.

Before this ruling, we’ve listed many reasons why you should remove Google Analytics from your site. This ruling is just the cherry on top. We don’t want to spread fear, uncertainty and doubt as a marketing technique. If you’re targeting Europeans, you should consider how this ruling affects you and the US-owned services that you’re using.

We encourage you to discuss Google Analytics and this specific ruling with your lawyer to help you decide whether Google Analytics still allows you to fulfill the legal requirements that apply to you.

If you are looking for a genuine EU alternative to Google Analytics, do give Plausible a chance. We’re an independent and bootstrapped project incorporated in Estonia. Our team is based in Estonia, Germany and Belgium. All visitor data we collect is hosted in Germany on servers owned by a German company (Hetzner). We use a Slovenian-owned provider for our global CDN (Bunny).

This ruling makes Plausible an even more interesting Google Analytics alternative to an even more significant number of sites. Thousands of sites, startups and some of the world’s leading brands have already switched from Google Analytics and other services. Plausible is built for scale and can serve sites with hundreds of millions of monthly visitors.

We’re a profitable and sustainable open source project with more than 7,000 paying subscribers. More than 50,000 different websites use Plausible and we’re counting more than one billion pageviews per month. We’ve put together a list of people tweeting about using Plausible if that helps you.

We also feature a Google Analytics import so you can import you historical stats from Google to Plausible.

We’re a privacy-first web analytics service and we minimize any data collection in general. We don’t use cookies, browser cache nor local storage. We don’t generate any persistent identifiers and there’s no cross-site nor cross-device tracking with Plausible.

Our priority has always been to never collect nor store any personal data in the first place, so these types of rulings affect us less than Google Analytics and other services that are part of surveillance capitalism. Still, since the EU-US Privacy Shield was invalidated, we started putting more resources into using EU owned and operated service providers.

We’ve always stored all the site data we collect in the EU. In the past, we used DigitalOcean for the servers and Netlify for the CDN and DDoS protection. Despite us hosting the data in the EU, these were both US-owned operators. We’ve since changed to exclusively use servers and cloud infrastructure owned and operated by European providers instead.

Last year, we moved to Hetzner, so all of the data we collect is hosted in Germany on a German-owned server. More recently, we’ve made the switch to Bunny (a Slovenian-owned provider) for the global CDN and DDoS protection:

You don’t have to worry about Schrems II and that it invalidates the EU-US Privacy Shield when using Plausible. Your website and visitor data is exclusively processed with servers and cloud infrastructure owned and operated by European companies.

As always with Plausible, we’re fully transparent and open source. Don’t like the European Union and the European-owned cloud providers we use for our infrastructure? You can self-host our analytics with any cloud provider and in any country you wish. Even in the USA.

You can read more about what makes Plausible a privacy-first web analytics tool and a more technical overview in our data policy.

We choose the subscription business model rather than surveillance capitalism

Plausible Analytics is not free unlike Google Analytics. Plausible is not collecting and analyzing vast amounts of personal information from web users and using these behavioral insights to sell advertisements. With Plausible, you 100% own and control all of your website data. This data is not being shared with or sold to any third-parties.

We choose the subscription business model rather than the business model of surveillance capitalism. To keep the project development going, stay in business, continue putting effort into building a better product and cover our costs, we need to charge a fee.

Feel free to explore Plausible using our trial. We have a free 30-day trial with no credit card required and no other restrictions. You can use Plausible the same way as if you had an active paid subscription during the trial. It should give you enough time to test the features you’re interested in. This will give you a better idea of how it all works and whether Plausible is the right solution for your needs.

We don’t do any paid ads, retargeting and other privacy-intrusive marketing. We rely on people like you who enjoy what we do to help us spread the word and de-Google more sites. Thank you for being so supportive!

From 🇪🇺 with ❤️